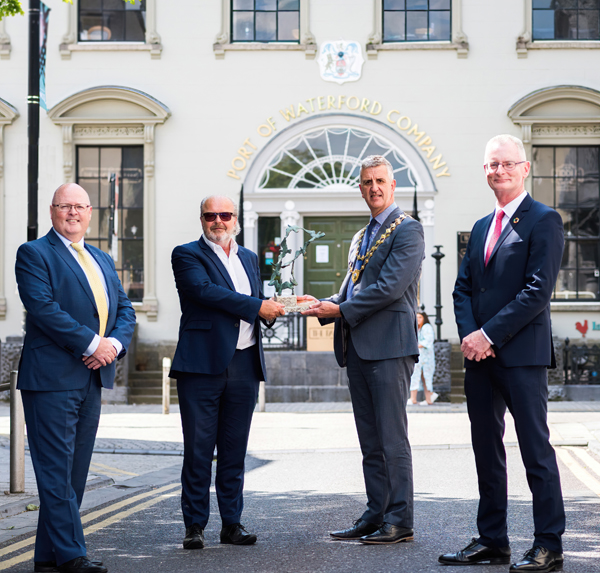 Waterford Chamber of Commerce has been named as Chamber of the Year at the 2021 Chamber Awards.

The awards, hosted by Chambers Ireland and sponsored by Zurich, recognise the outstanding work of chambers of commerce throughout the country in supporting local, regional and national business.

Waterford Chamber was shortlisted in six of the seven award categories and was recognised for its high level of activity throughout the year despite challenging operational conditions.

It won Best Local Authority Collaboration as it partnered with Waterford City and County Council to showcase the seaside town of Tramore as part of a successful application to the Bank of Ireland Begin Together Awards. This resulted in Tramore receiving €20,000 towards community projects.

Of this, €15,000 will be used to support the development of an outdoor market space for food and craft businesses at the old Tramore Railway Station with €5,000 provided to Tramore Tidy Towns.

President of Chambers Ireland, Mags Brennan said: “Being named Chamber of the Year is testament to the scale of ambition shown by Waterford Chamber during such a challenging period. It reflects the huge amount of talent and dedication within the team and underlines how impressively they have managed and adapted their activity to meet the needs of their members.

“What truly impressed our judges was how much Waterford Chamber engaged with its community. This is a group of strong communicators, relationship builders and people who care deeply about their city and county. Despite the obstacles, the team produced a series of excellent projects which undoubtedly contributed positively to the economic resilience of Waterford and put it in a better position as we move towards recovery.”

Commenting on the accolade, Waterford Chamber President John McSweeney said: “It’s a tremendous honour to be named Chamber of the Year and we are humbled and overjoyed in equal measure. It is wonderful to see the hard work of the team recognised and our work in supporting the Waterford business community will continue in earnest.”

Meanwhile, Gerald Hurley, CEO Waterford Chamber said: “I couldn’t be prouder of my team, Lynda Lawton, Michael Lynagh, Angela Jackman and Lisa Power, who all worked tirelessly throughout the year. To see their commitment and innovation recognised is fantastic. Like every other business we have had to adapt in what was one of the toughest years in businesses in living memory, but they rose to the challenge with grit and determination and we are proud that the Waterford business community is stronger for it. This wouldn’t have been possible without our Board, corporate partners and all our members who have shown such strength in times of adversity.”

Director of Corporate Life and Pensions at Zurich Ireland, Joe Creegan commented: “Zurich is delighted to once again support the annual Chamber Awards. It is more important than ever to acknowledge the excellence of the Chamber network and the resilience of their members as they continue to support local economic development. We are proud to be associated with these awards and to support the important work Chambers undertakes in fostering a vibrant business community of all sizes and sectors across Ireland.”

The annual Chamber Awards seek to recognise the outstanding work of the Chambers Ireland network around the country. They also provide an opportunity to showcase successful event ideas, campaigns and policies that have contributed to the development of chambers and business more broadly. 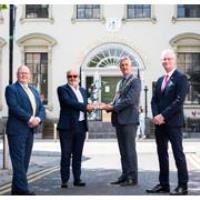