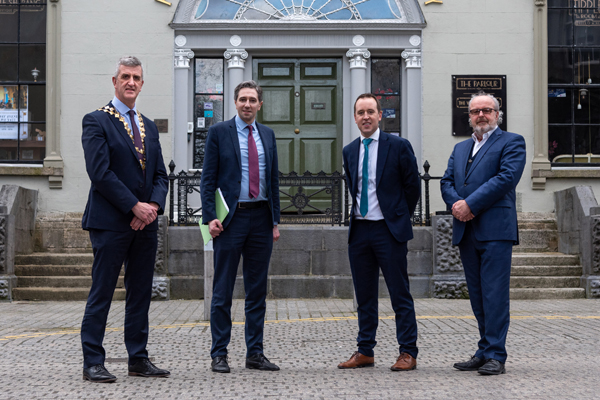 Following intense questioning from a select number of Waterford Chamber members at a private meeting on Monday, Minister of Further and Higher Education, Innovation and Science, Simon Harris TD, was emphatic that “the debate is over” on university versus technological university.

After so many false dawns, he said he completely understands that there is a healthy degree of scepticism but that he wants Waterford Chamber members to be absolutely secure in the knowledge that there will be “a world-class Higher Education Institute here in the South East”.

He was quick to move on from any discussions on the headquarters, saying it was unthinkable that it would be anywhere but Waterford, while adding “I have no doubt Waterford is going to be the nucleus for the South East region”.

Acknowledging the appointment of Professor Patrick Prendergast, Minister Harris said the fact that the former President and Provost of Trinity College Dublin wants to put his name behind South East Technological University (SETU), along with Jim Bergin CEO of Glanbia Ireland and Ruth Beadle, Head of Insulins Manufacturing Cluster at Sanofi, is a huge vote of confidence in the university. The Minister confirmed that the recruitment process for President of SETU is currently underway with interviews to be held in April.

After a welcome by John McSweeney, Waterford Chamber President, the Minister was introduced to the meeting delegates, with each member offering their overview on the importance of the new South East Technological University (SETU) and identifying the needs in terms of further development of RD&I activity, skills shortages and new course development, while also referring to housing specifically in terms of student accommodation, city centre development and the critical importance of talent retention within the retention, as currently only 30% of students from the South East remain for third level education, compared to 60% in the Mid West and 75% in the Cork/South West Region.

Before the Minister addressed the business community, Chamber CEO Gerald Hurley asked for clarification in terms of the funding of SETU.

Minister Harris revealed that his Department is currently looking at amalgamating the funding streams for the technological universities and traditional universities. He is determined to ensure equity in the funding model for higher education and that there is no longer an inequity in the funding model as is the case between the Institute of Technology sector compared to the university sector. This was broadly welcomed by Waterford Chamber as equitable funding has been a key concern on their lobbying agenda in recent months.

The Minister also clarified that the money is secure through PPP funding to deliver the long-awaited engineering building, with construction due to commence in 2023 for delivery in 2025. He assured the group that his department would monitoring this closely to ensure it met deadlines as it is the “largest project in the PPP bundle”.

He also said he was determined to expand the footprint of the campus in Waterford. Having recently announced €430 million in capital funding for the HEI sector, the Minister said his department has allocated a portion of this funding in order to expand its existing footprint in Waterford.

There is a further €120m available from the TU Transformation Fund. In addition €40m has been secured from the EU Recovery & Resilience Fund to assist with digital transformation in higher education through upgrading of ICT equipment and facilities.

Referring to new course developments, the Minister was emphatic that it was up to the Governing Authority and the President to set the strategic direction of SETU, outlining the TU legislation which underpins the engagement mission of the university placing an obligation that 30% of its courses must be designed in conjunction with industry.

“TUs are a more modern construct and I am encouraging the Chamber and industry to have an input. It’s about how you as a city and region design your TU. All TUs should be distinctly different and address the needs of its region. I passionately believe this is a more modern and inclusive style of education with multiple pathways to qualifications from apprenticeship level to PhD.”

The meeting concluded with Waterford Chamber thanking the Minister for his direct engagement and Senator John Cummins for facilitating the meeting, while welcoming the announcement of Prof Prendergast and members of the SETU governing body. Waterford Chamber assured the Minister they would engage immediately with the new Chair so Waterford Chamber can continue to play an influential role in shaping higher education provision in the City, County and region. 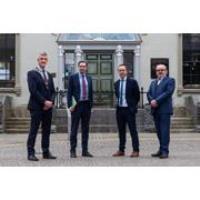