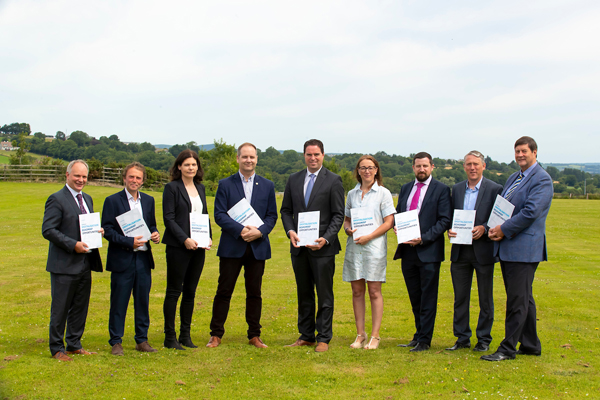 On Monday 11 July Walton Institute proudly launched the AgriDISCRETE Digitalisation Roadmap in a special event attended by Martin Heydon, TD, Minister of State at the Department of Agriculture, Food and the Marine, with responsibility for Research & Development, Farm Safety and New Market Development. The roadmap is one of the key outputs of the two-year AgriDISCRETE project, outlining opportunities to increase digitalisation in the Irish agri-food supply chain, informing the further development of agri-digitalisation under the Common Agriculture Policy (CAP).

Speaking at the event, Martin Heydon TD said “We have already seen a widespread adoption of digital technologies by farmers such as smartphones, drones and satellites. Online bidding in livestock marts is one of the latest successful examples. Agri-Digitalisation can increase profitability, improve working conditions for farmers, and reduce the environmental impacts of agriculture while issues such as data ownership, data use and re-use also need to be carefully considered.  The Agri-Discrete project has provided illuminating insights into potential benefits of agri-digitalisation which I believe will be of use to a broad range of actors throughout the agricultural sector including the primary producer.”

Funded by the Department of Agriculture, Food and Marine and led by Walton Institute, AgriDISCRETE examined digitalisation and data use in Irish agriculture, and while the technical infrastructure is often in place, the project took a broader view to ensure social science and business modelling aspects were considered. Partners included RIKON, a business research centre in South East Technological University (SETU) and Teagasc’s Rural Development unit who provided social sciences expertise.

Outlining the process for developing the roadmap, Kieran Sullivan, Project Manager, said “The project team held six roundtable workshops with agriculture providers and farmers to identify challenges the sector is experiencing when considering digitalisation. These workshops were invaluable to the findings illustrated in the roadmap which describes five core challenges and related opportunities to: increase the use of digital technologies in Irish agriculture, and develop a marketplace for agriculture data.”

“The findings of this project are of extreme importance as Ireland sets out its strategic plan for implementing the EU’s new CAP, where data is required to increase efficiency at farm level, transparency for consumers, and collaboration between supply chain actors,” explained Kevin Doolin, Executive Director, Walton Institute. “As a team who work closely with agriculture stakeholders and policy makers throughout Europe, we are excited to see the future of this roadmap and the use of data in the Irish agricultural industry.”

“The work by the team in AgriDISCRETE fully aligns with, and now influences, other agri tech projects underway within Walton Institute, funded through SFI and EU programmes setting Walton on a clear trajectory towards future work in this space,” Doolin continued.

In addition to the roadmap, several pieces of software were written to demonstrate a proof-of-concept in the project. The software created a marketplace which allows data providers and data consumers to build working relationships and engage in contract negotiation for access to various types of agriculture data. The software is now being further developed and examined to identify possible intellectual property and exploitation avenues. 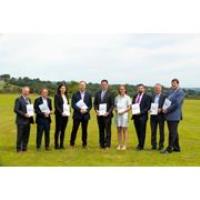