Speaking in Seanad Eireann, Waterford Fine Gael Senator John Cummins said “The changes passed by the Seanad today will have a very positive impact on families who have business and farm assets and are availing of the Fair Deal Scheme”. Paying tribute to the work of former Fine Gael Minister Jim Daly who approved the changes and current Minister Mary Butler, Senator Cummins acknowledged the delays in progressing the legislation as a result of the General Election and Covid-19 but warmly welcomed what are ‘long overdue changes’.

The Nursing Home Support Scheme (NHSS) Review of Fair Deal (2015) committed to reviewing how productive assets are treated for the purpose of the Scheme, and whether the sudden illness or disability condition should be removed and the 3-year cap applied to productive assets. Under the changes enacted, contributions based on family owned and operated business and farm assets will be capped at three years in cases where a family successor commits, within the first three years of the relevant person’s time in care, to working the farm or business asset for a period of 6 years.

Senator Cummins said “The previous rules of the scheme did not apply any cap which often resulted in a huge burden being placed on families who have business or farms assets, especially if their loved one remained within the scheme for an extended period. Given the often-large proportion of the assets value being owed to the state, it forced many families to sell the farm or business, rather than taking it on themselves. This was counterproductive, so these new changes will bring business and farm assets in line with other assets but more importantly promote the handing down and productive use of farm and business assets to the next generation. 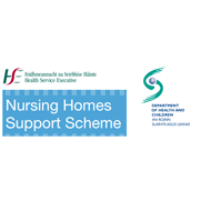