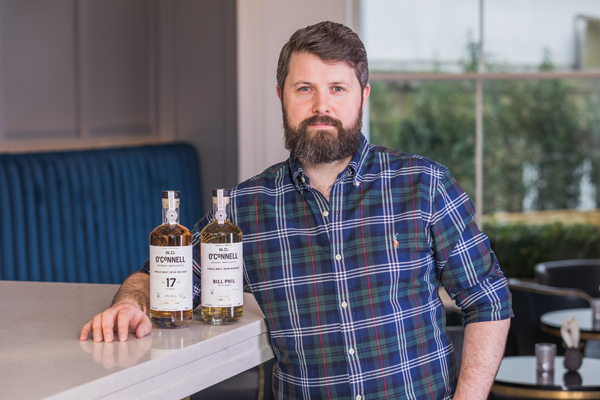 A free entrepreneurship development programme is taking applications until 31 August from south east entrepreneurs and innovative business start-ups for its first phase, which starts in September.

€1.5m in Enterprise Ireland (EI) funding has been secured to run the New Frontiers programme at Waterford Institute of Technology (WIT) over the next five years. The 55 early-stage entrepreneurs who progress to the second phase of the programme will have access to €15,000 funding each.

Niamh Byrne from Gorey, Co Wexford and Daithí O’Connell who originally hails from Carlow but is now based in Kilmacthomas, Co. Waterford are among those who received support for the New Frontiers Programme at the ArcLabs innovation hub in Waterford.

New Frontiers Programme Manager at Waterford Institute of Technology, Eugene Crehan explains who the programme is for. “The New Frontiers programme is designed to help ambitious individuals bring their business idea from concept to successful start-up. The time commitment for Phase 1 is two evenings per week, starting from Tuesday, 14 September 2021. The application process is online, so people can apply easily.”

“Over the next five years we hope to support another 250 entrepreneurs on Phase 1 of our programme with about 20% making it through to the second phase and access to EI funding every year. Those who get onto Phase 2 are on the programme two days per week for six months and get funding of €15,000 each. The programme is run by the WIT School of Business from ArcLabs, the innovation hub based at WIT’s West Campus, Carriganore.”

Former New Frontiers participant Niamh Byrne of Buyerpix offers advice to entrepreneurs considering the New Frontiers Programme: “New Frontiers was a game changer for me in terms of innovating a business idea which I had been working on in the background for some time. We had the concept and lots of ideas which were formalised and developed into a real business plan and strategy by a great team of advisers over the course of the six months. It was the springboard into the Enterprise Ireland framework which we continue to develop the business within. I would strongly recommend anyone who feels they have a great idea and wants to really put their shoulder to the wheel to apply for this opportunity.”

Former New Frontiers participant Daithí O’Connell of W.D. O’Connell Whiskey Merchants offers advice to entrepreneurs considering the New Frontiers Programme: “If you have the bare bones of an idea or one with early market breakthrough, whether you are an experienced entrepreneur or a complete rookie, New Frontiers has something to offer you. At the minimum it is well worth investing some of your time to apply for phase 1 to learn more about what's required from you and what you can expect in return if successful in phase 2. The people you meet and support you get are fantastic and I couldn’t say enough about the benefits of having that support system in place, especially as a solo founder.”

Phase 1 of the New Frontiers Programme will commence in Waterford at ArcLabs, the innovation hub based on WIT’s West Campus in September 2021 on a part-time basis, with Phase 2 commencing in December 2021. For more information and to make an application see www.wit.ie/newfrontiers

Earlier this year WIT and Institute of Technology Carlow (IT Carlow) jointly secured €3m from Enterprise Ireland to operate the New Frontiers entrepreneur development programme in the south east over the next five years.

Paula Carroll, New Frontiers National Programme Manager at Enterprise Ireland said, “Enterprise Ireland is proud to continue to support and fund this critically important entrepreneurial development programme for the next five years in order to accelerate the development of sustainable new business start-ups within the South-East region. Our continued partnership with Waterford IT and Carlow IT will ensure we deliver on this ambition.” 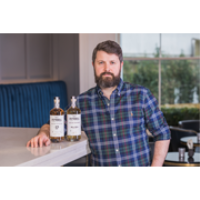