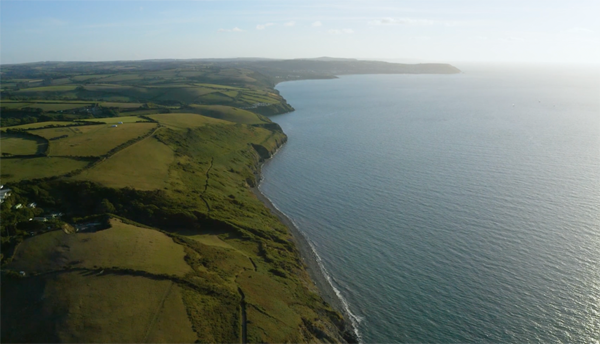 Portalis, an EU funded transdisciplinary project that explores the first connection between Ireland and Wales dating back to the Mesolithic period, is inviting members of the public to attend a series of workshops taking place in six unique coastal communities in Ireland and Wales.

The cross-border local engagement events will look to introduce the Portalis project and explore how elements of the project can be used to develop cultural tourism in the coastal communities and their surrounding areas.

The communities involved are Dunmore East, The Hook Peninsula, and the Waterford Estuary and surrounding coastal villages in Ireland; and Tan-y-Bwlch, The Aeron Valley and Llangrannog in Ceredigion, Wales.

In Ireland, the series will kick off in Dunmore East at 7.30pm, on 18 October at the Fisherman’s Hall. This will be followed by Faithlegg at 7.30pm, on 20 October at Park Rangers Football Club. An additional two events will be announced for Wexford to take place in October. Refreshments will be provided.

Donal Nolan, Strategic Projects Officer, Waterford Chamber of Commerce and Network Development Lead for the Portalis project said, “The events will look to achieve a number of objectives, including the formation of a Cross Border Cultural Network that will be the focal point for future development projects between the Irish and Welsh regions.”

The overall aims of the Portalis project are to protect cultural and natural coastal heritage, promote understanding of climate change adaptation, grow cross-border community networks, and support a sustainable increase in visitors to coastal communities.

This will be achieved using existing evidence with new data to develop a powerful new cross-border narrative, accessible within a new visitor experience at Waterford Museum of Treasures, Ireland, and Ceredigion Museum, Wales. The €1.95 million project aims to raise awareness and support community and business sustainable engagement, resulting in the establishment of two new experiential tourism and cultural networks in both Ireland and Wales.

Speaking about these project goals, Joy Rooney, Portalis Senior Responsible Officer and Lecturer and Researcher in Design at South East Technological University (SETU) said, "As we explore the earliest connections between Welsh and Irish coastal civilizations, this is mirrored by the citizen led multi-agency cross-border partnership now being forged by our contemporary coastal communities into two distinct cross-border networks. We draw on this resilience now in terms of our coastal climate change adaptation and our opportunities for blue and green economic growth.”

Portalis is supported with €1.5m funding from the European Regional Development Fund through the Ireland Wales Cooperation Programme, www.irelandwales.eu The project is led by South East Technological University and is supported by the University of Wales Trinity Saint David, Ceredigion County Council and Waterford Chamber of Commerce.

To register for your free place at the events, please go to http://portalisproject.eu/portalis-events/ 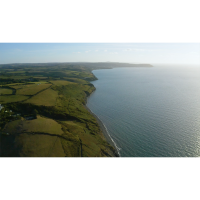