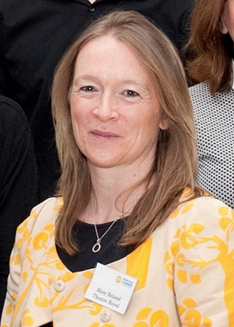 The Board of Theatre Royal is delighted to announce that Mary Boland will oversee the programming and artistic direction of the company as part of  her existing role as Theatre Royal Manager.

Up to March 2022, this work had been carried out By Ben Barnes as the Theatre Royal’s Artistic Director for the last fourteen years. Mr Barnes recently stepped down as Artistic Director, to concentrate on consolidating the work of new South East-based theatre company Four Rivers.

Mary Boland has been Theatre Manager at Theatre Royal since 2010. While continuing the operational management of the theatre, the expansion of Mary’s role will incorporate programming of the historic venue.  She will also be responsible for managing new and exciting professional development opportunities for Waterford’s arts community.

A member of the Boland family and a native of Dunmore East, Co. Waterford, Mary has been passionate about supporting artists and arts activity throughout her career. After graduating from the Samuel Beckett Centre, Trinity College in 1992, Mary trained under the MacEolas programme, the training division of Macnas, Galway.  From there, she went on to hone her skills in theatre creation, making, facilitation, management and marketing with numerous productions and companies throughout Ireland.  Mary’s many roles have included stage-hand, actor, stage manager, production manager, company manager, director of children’s programmes, executive director, marketeer, venue manager and community arts – though not always at the same time!

Mary was a founding member of children’s theatre company Little Red Kettle, with Ben Hennessy and her now husband, Liam Meagher, and worked as Executive Director of Red Kettle Theatre Company from 2002 to 2004. Mum to Charlie and Lily, she took the helm as Theatre Manager of Theatre Royal twelve years ago.  Together with Commercial Director Nora Widger, Mary has been central in driving forward extensive renovation and restoration plans at the theatre.

“I am hugely excited about expanding my role, which will involve working with local, national, amateur, professional producers and promoters to bring the highest calibre work to our audiences”, Mary commented. “In line with the theatre’s new strategy, another key ambition of mine will be working with the Theatre Royal team to increase supports and opportunities for arts workers in Waterford and across the South East. I am immensely proud of all the team at Theatre Royal who have shown unwavering commitment and dedication to protecting this historic venue during the unprecedented challenging times of the last two years.  I am enthused to work with the team on new projects to bring to the people of Waterford as we further cement Theatre Royal as the heart and home of performing arts in the region’s capital”.

Chairperson of Theatre Royal, Anne Marie Caulfield, added: “it’s an exciting time for the theatre as the world opens up again and Mary Boland is ideally positioned to further enhance our existing extensive theatre programme.  As Theatre Manager of the Theatre Royal since 2010, Mary has accomplished a huge amount and has been pivotal in the theatre’s success to date.  As Theatre Royal embarks on a new chapter with “Strategy 2022-2027” due to be launched shortly, we are delighted that Mary’s vast wealth of knowledge and relevant skills will ensure the artistic programme and activities of the Theatre Royal will continue to thrive. As we emerge further into a post-pandemic world, I’ve no doubt the people of Waterford will come out and show their continued support of Theatre Royal via increased audience numbers over the coming months and years.” 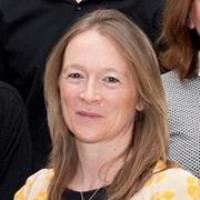