After years of debate and years of false dawns, the train is now leaving the station and Waterford and the South East is getting a University”, assured Minister Simon Harris during a meeting with Waterford Chamber this morning.

Following intense questioning by Chamber President John McSweeney and a number of Chamber Directors, the Minister for Further and Higher Education, Research, Innovation and Science said he genuinely believes this will be ‘transformational’ for Waterford and the South East region and said the Government are “putting their money where their mouth is” in this regard.

“2021 will be seen as a landmark year for the South East and Waterford in terms of Higher Education”, he told the Zoom audience of Chamber members and Waterford Oireachtas members. “We are now getting into the substance of how this works for the city, county and region.”

He added, “This is not a continue as you were with a name change scenario. This is a fundamental step change. The TU will be a university of scale with a multi campus, an expanded footprint in Waterford and will cater for the unique needs of the region.”

The Minister went on to say that he shares the ambition for this new university to take its position as one of the best in Ireland and beyond. “We want to physically expand the footprint of the TU, we want to make it better. We are determined to do that and have set aside funding to secure a site. There will be more land needed and we will have more students.”

He also confirmed that the TU will be able to access funding to develop purpose built student accommodation to it can attract not just students from the region, but from all over the county and house them in an appropriate manner. “Higher education can be a catalyst for the growth of a city and Waterford will see that growth in terms of students and physical infrastructure.”

Asked about the ambition to scale the research capabilities of the TU, the Minister responded that his department were working on securing up to €100 million for research facilities within the TUs and they expect to know by March, but he assured they were very confident it would be made available under the URDF (Urban Regional Development Fund).

When questioned on the expansion of the portfolio of courses on offer, the Minister said the ambition to retain and attract students and that programmes will be developed in consultation with the business community and wider community in general. He said it was important to remember that not all students are 18 or 19 and that the TU will allow access to education for all. The formation of the TU must design 30% of its programmes for flexi, part-time, mature and distance learners.

In terms of the appointment of a Chair for the Governing Body, Minister Harris said there was a robust and transparent process in place with the application process closing this week. He said he will make an appointment next month if the right candidate is identified. Asked about the criteria, he said he wants the new Chair to have an understanding of the region, a knowledge of business and enterprise, as well as the education system and international experience would also be of benefit. He also confirmed that an international recruitment campaign will seek a new President for the TUSE.

The Minister concluded as he began by committing to coming to Waterford in January for a longer engagement with Waterford Chamber and other stakeholders to further discuss the TUSE impact from, both an educational and business aspect, which was welcomed by the Chamber President.

Before the meeting concluded, Michael Walsh, Chief Executive of Waterford City & County Council said: “Waterford is going through a really significant and positive change at the moment. The TU represents a phenomenal opportunity and is one of the key economic drivers for the next five years.”

He also welcomed the Minister’s acknowledgment of the key elements of getting the leadership right and enabling the support from Government and concluded by saying what we need now is for the Government to follow through on its commitment.

Prof. Willie Donnelly, President of WIT, also thanked the Minister for his leadership and support in the realisation of the Technological University and for his tireless work with the consortium and commitment to the infrastructural investment.

“We are building on a long foundation of leadership in teaching, research and innovation. We don’t take this next step lightly, but we are ready for that challenge and we will deliver on that challenge.” 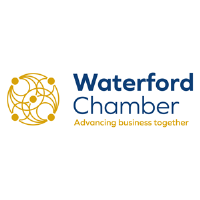