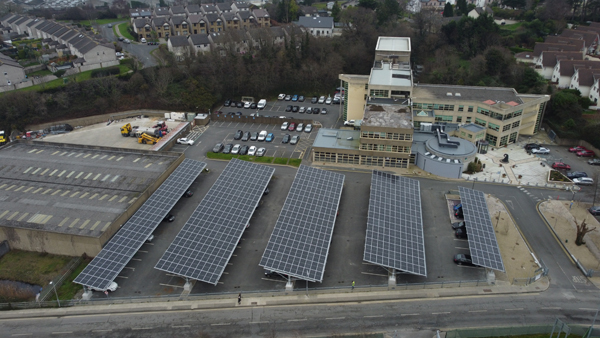 Wicklow County Council now generate their own electricity from a Solar Carport installed by Waterford based company Enerpower.

The 300kWp Solar Carport is the largest solar carport project in Ireland covering 107 car park spaces and circa 1600m2 at the County Building.

The process which saw the installation of 675 Longi solar panels is now providing power to the site located in Wicklow. Since installation, the site has reduced their carbon footprint by 635.91kg to date and it is estimated to further reduce the facility's carbon output by 234 tons annually.

The project began with an energy audit, reviewing preliminary designs of different Green Technologies, and resulting in the selection and installation of a 300kWp solar Carport system to be installed over the car parking spaces outside Wicklow County Council facility. This system was designed to cover 107 car park spaces.

The overall aim of this project was to reduce the energy consumption, carbon footprint, and environmental impact of Wicklow Council facility in line with the country’s renewable energy targets, as well as providing financial benefit to the facility.

Commenting on the project, Wicklow County Council Chief Executive Officer, Frank Curran, stated: “The installation of the solar panel carports at County Buildings in Wicklow is a great example of using existing sites, such as car parks, to generate renewable energy and assist in achieving Climate Change targets.”

Managing Director of Enerpower, Owen Power said: “It is great to see the commitment of Wicklow County Council making the change to renewable energy. Every small action contributes towards our fight against climate change, and certainly, Wicklow facility has contributed greatly by switching to renewables as you can see above. Solar energy has become the cheapest source of electricity and the team are setting a great example for other businesses in the country.” 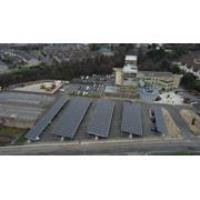