Through a global recession and unprecedented pandemic, the Waterford business has seen it all over 20 years and continues to thrive

Waterford-based Hartley People has reached an exciting milestone as the company celebrates 20 years of delivering best-quality recruitment and training solutions.

Through Hartley People’s unparalleled local and regional knowledge some 7,000 candidates have been placed with 1,000 multinationals and SMEs locally and nationally.

The business was founded in 2001 by siblings Fergal and Roisin Hartley who recognised a need to provide a different approach to the traditional agency recruitment model in the region. This was their motivation and founding spirit which remains in place today. Hartley People have achieved this goal through its ongoing commitment to excellence coupled with strong customer loyalty.

With an initial staff of just three, the company took up residence at No.107 The Quay. Around the same time, Hartley People Training delivered its first course in FAS in supervisory skills and in 2002 broke into contracted training where it has flourished and now sources and manages tutors for ETB training programmes nationally.

Steady growth led to the purchase of a premises on Manor Street in the city in 2005, where the company is still headquartered today. By now the business had 13 staff in its employment.

2008 brought an inevitable downturn in recruitment and was the beginning of some years of uncertainty where the business had to diversify to maintain its position. 2010 saw an opportunity to enter the healthcare world as a Home Care provider. Initially operating as HP Medical and later rebranded as Clannad Care, this division of the business has grown to employ 20 full-time staff and 70 Healthcare Assistants.

By 2015, the Hartley Group had outgrown the Manor Street premises and opened a second office in Deise House in Poleberry.

In 2017, a specialist Temporary recruitment division of the business was formed and a Senior Manager was enlisted to manage the growth and development of this business.

Currently the company employs 33 permanent staff and a further 300 are employed across all the group of businesses working on a range of client assignments. The company has very recently relocated to a larger premises in the Cleaboy Business Park with room for further expansion, elevating the groups presence and cementing it as one of the most prominent employers in the region.

Company Director, Roisin Hartley says, “The last 20 years have gone by in the blink of an eye, despite the industry being turned upside down by technology. Recruitment & Training have evolved and changed to meet the everchanging needs of clients, the expectations of learners and candidates, and the technology that drives both industries. It’s been a hugely exciting and rewarding journey so far, and we look forward to growing, changing and learning in the years ahead.”

Vision for the future
As a business with a bird’s eye view on the world of work and employment, Hartley People is witnessing continued change and evolution which has undoubtedly been propelled futher by the COVID-19 pandemic. Companies are adapting to cope with the changes in society, technology, work practice legislation and employee expectations.

Company Director, Fergal Hartley believes that some major changes are coming down the tracks, “Jobs of the future will change, with robotics replacing manual roles in many instances, and huge demand for skills in AI and automation. Notwithstanding this, there will equally be great demand for skills in the care and broader service sectors, where automation cannot replace the human touch. Today, people tend to have multiple jobs, but mostly one career. The graduates of 2021 can most likely expect to have multiple careers, with regular need to upskill and change direction to meet the changing world of work.”

Hartley People is well positioned to be a at the heart of this change, working in partnership with employers and employees to ensure that both achieve their business and career goals. Fergal comments, “The business is constantly adapting to embrace the new technologies and continuously strive to carve out a niche that differentiates us from our competitors. Despite the rise in AI, and the possible gloomy predictions of its impact on workforces across the world, we believe people will be the key differentiator that ensures success or otherwise at all levels and across all industries. As long as this remains true, we feel that we can have a key role to play, and we look forward with excitement and enthusiasm to what we can and will become as a company, as the next phase of our journey unfolds.” 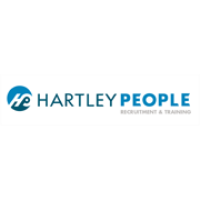