Waterford Fine Gael Senator John Cummins has welcomed the announcement by Minister for Further and Higher Education, Research, Innovation and Science Simon Harris TD of a further extension of the Apprenticeship Incentivisation Scheme (AIS) until the end of December 2021.

Senator Cummins said “It is fantastic that 96 applications of the 115 that were submitted by Waterford companies were approved but I would like to see a far higher number of apprentices taken on throughout Waterford city and county and this scheme is there to assist and encourage employers. I believe it is vitally important that we change the perception that some may have and start to value those who take on and take up apprenticeships because it is a vital component of a thriving economy.

Speaking about the extension to the scheme, Minister Harris said: "During an incredibly challenging year with Covid-19 and the impact it has had on our society, the apprenticeship system has remained resilient. Since the launch of the Incentivisation Scheme, €5.7 million has been paid to over 1,500 employers throughout the country supporting almost 3,000 new apprentice jobs, with many more in the pipeline.

“We have ambitious targets for apprenticeship in Ireland and we need to ensure employers are supported in taking on new apprentices. We have listened to employers and I am glad this will extended to the end of the year.”

Senator Cummins concluded by saying “Under the Action Plan for Apprenticeship 2021-2025, it is intended to ensure that all employers of apprentices will be financially supported either through the direct payment of training allowances to craft apprentices during periods of off-the-job training or through an annual base grant per apprentice for employers of all other apprentices.  This will be implemented in early 2022 but for now, we will continue to support employers through this scheme and I would encourage everyone to help us spread the word and get the message out there. Apprenticeships are good for businesses and good for learners.”

Further information on apprenticeship may be found at www.gov.ie/therightcourse 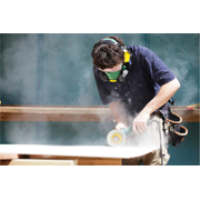