Waterford Chamber is disappointed to learn members of the TUI have voted against the MoU for the Technological University of the South East and is calling on Minister Simon Harris to intercede and address the concerns of the staff.

According to Gerald Hurley, CEO Waterford Chamber: “We have been in regular contact with Minister Harris and are in fact awaiting a response from him in relation to concerns around funding and Governance.

“These matters are also among the concerns of the WIT staff who were balloted and we will continue to look for answers.

“It is important to note that an extraordinarily low number of staff members turned out to vote on such an important matter and this in itself is quite worrying. Less than one fifth turned out, 110 of 542, which is half the number of those who overwhelmingly voted in favour of the MoU in 2019. What has happened since? What has caused such a lack of confidence? I would take an educated guess that lack of communication is the answer.

“The majority of our members supported the TUSEI process and have put their trust in the process as the delivery of the University is critical to the future development of Waterford. However, clearly this did not resonate with the staff and the lack of clarity has resulted in yet another twist to this very long tale.

“The Minister has to intercede now and communicate directly with all stakeholders. We were encouraged last week, when An Tanaiste Leo Varadkar spoke of the university centred in Waterford, during his address at the launch of the new Waterford investment brand. This, coupled with the affirmations in Project Ireland 2040, still give us hope that the process will come to a rightful conclusion and Waterford Chamber, on behalf of its members, will continue to engage with the Minister, Government officials and all stakeholders, until a university of substance, head-quartered in Waterford and with appropriate funding, is delivered for Waterford.” 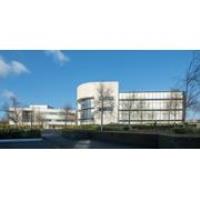