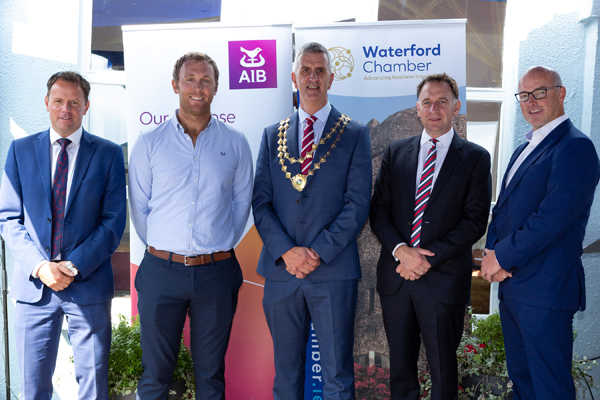 In the beautiful surroundings of The Strand Inn, Dunmore East, Waterford’s business community finally came together after 557 long days at the Waterford Chamber President’s Lunch, which was sponsored by AIB Bank.

“The South East needs a strong capital City. This is imperative if we are to create and maintain a city which is socially, environmentally and economically sustainable – a city and county to do business in and to do business with.

“Being commonly referred to as the “5th City” in the republic should not inhibit our intentions in what we want to be – indeed our size can in many ways give us first mover advantage whilst other cities deal with more complex challenges.

He went on to say, “Our intentions as a city and county should not be stymied by what happens elsewhere. Public representatives who are entrusted with managing finances must be brave, yet at times realistic, if only in accepting that we cannot achieve everything in a short period of time. However, we must maintain a realistic speed of delivery for our communities - it cannot always be on the long finger and we in Chamber will push for these changes to happen quicker and want to partner where we know we can add value with knowledge, expertise and track record.”

In welcoming guest speakers Henry de Bromhead and Seamus Power, John said it was a wonderful “opportunity for us to acknowledge the achievements of two local sportspeople on the world stage.”

Speaking of the year that was, racing legend Henry de Bromhead said it was still hard to believe and that his team at Knockeen must take a lot of the credit. “Communication is key,” he said and that’s with his team and the horse owners.

With Matt Shanahan TD present at the event, Henry was quick to point out he would much rather travel to Leopardstown than Limerick at the moment, saying “the sooner we get that road to Limerick done the better”, which was received with a round of applause from the guests.

Meanwhile, Seamus Power spoke about how it was great to be home and to connect with his friends who have been with him down through the years. He told guests he believed the key to success was “having the right people around you” and that begins at home, with father Ned having attended the event with him.

As the sun began to set over the beautiful Dunmore East, guests mingled over coffee and cupcakes with an atmosphere of positivity amongst a united business community which is determined to drive on and build a bright future for Waterford, the best place to live, to work and to do business. 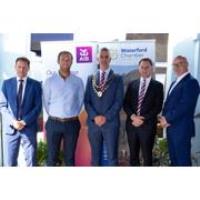