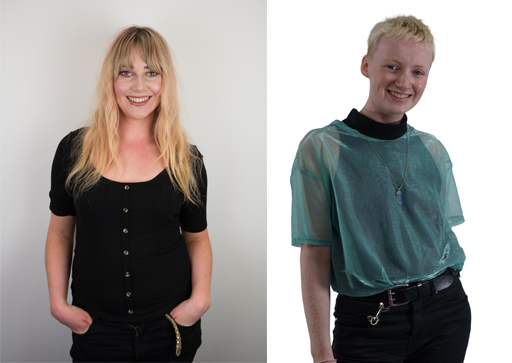 Beat 102 103 has today announced the details of two new appointments in the company. Waterford natives Michelle Heffernan and Aoife Cusack will join the team full time this month to work on Beat Breakfast.

Michelle Heffernan takes on the role of Beat Breakfast producer, while Aoife Cusack will work as Solutions Assistant and Broadcasting Digital Producer.

Michelle Heffernan completed the Beat /WIT Introduction to Radio Course in April 2019. Since then, Michelle has completed numerous documentaries for Beat including “Open your eyes to STIs”; “The Truth about Eating Disorders”; “It’s not a cold it’s Long Covid” and “Pornography and You”. Michelle also presents Beat’s flagship weekend music programme, The Big Saturday weekly from 12-3pm.

Speaking following her appointment, Michelle says, “I am both humbled and excited to take on the role of Producer for Beat Breakfast with Niall & Sho. In my years at Beat 102 103, I have learned so much and looked up to the talent and dedication of the breakfast show team. It is tremendously exciting to be part of this shows’ new format and I look forward to working some of the most gifted and hardworking individuals in Irish radio"

The station’s flagship show, Beat Breakfast, originally came to life with Niall Power in 2006 and over the last 15 years the show has grown considerably in popularity. The quality content the show generates has also expanded across all the station’s multiplatform channels. Last month, the station announced IMRO award winning broadcaster Shonagh Lyons as the new co-host with Niall. The pair is excited to build on Beat’s success to date with these two new appointments.

Waterford native Niall Power says, “Michelle began with Beat just over two years ago and quickly demonstrated her natural talent and versatility.  Last year Michelle’s skills were honoured with an IMRO national award shortlist.  We know from the many high quality; innovative projects Michelle has produced for Beat over the last few years that she has a quirky take on life. Shonagh and I are looking forward to working with her as we help the South East wake up with a smile every weekday morning from 7am.”

An Honours graduate of the National College of Art & Design, Aoife Cusack takes on the role of Solutions Assistant and Broadcasting Digital Producer. Aoife has worked as a content creator, social media creator, an art director, and a freelance designer throughout their career.

Aoife says, "I am honoured to start this new role as solutions assistant & broadcasting digital producer. I have a multitude of ideas for how we can create the best content together. Working collaboratively with everyone across both stations has been great and I'm excited to have fun make cool stuff."

Wexford native Shonagh Lyons says Aoife Cusack will be a big asset to the existing strong team, saying, “Aoife has been working with our sister station WLR since November 2020. Luckily, we had the opportunity to have Aoife work on some part time projects with Beat.  During that time, we recognised their immense talent and we’re delighted that Aoife’s impressive digital & creative skills are now going to be utilised by both stations at the Broadcast Centre.”

Beat 102 103 has 159,000 weekly listeners and a digital audience of 650,000 people. It is the only station licensed to target 15-34-year-olds in the South East of Ireland incorporating counties Wexford; Waterford; Carlow; Kilkenny and South Tipperary. 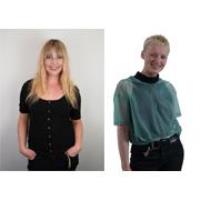